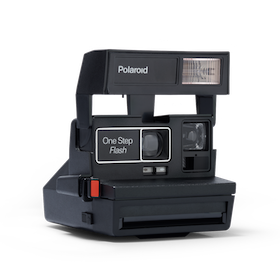 Adobe Lightroom has become an industry standard post-processing application for photographers.  Lightroom allows photographers to import RAW images, organize, manipulate, and export them for digital publishing or printing – all in one powerful application.

There are many factors that can affect the performance of a complex application such as Lightroom.  For example, common complaints are sluggish performance when browsing through the library, when zooming images, and the time it takes to perform large imports.  Certain options like import settings, such as building previews, and other settings such as the camera raw cache can adversely affect performance.  Understanding how Adobe Lightroom uses various types of hardware in the machine can help a user make good choices and ensure a fast and responsive digital imaging experience.

Lightroom is considered a non-destructive image editor, in that Lightroom stores changes to an image as instructions in a database (the catalog file) and leaves the original image intact.  While this approach is desirable as edits can be reversed or changed without affecting the original image, it can be hardware-resource intensive as all prior edits to an image need to be reprocessed with every single change to an image going forward.  This can lead to sluggish performance if the hardware isn’t optimized for the application.

Lightroom focuses on efficiency and speed of the photographer’s workflow – especially when working with hundreds and often thousands of images at once.  It’s when working with this many images at this scale, as well as the non-destructive nature of Lightroom, that the configuration of the computer hardware becomes especially important.

When batch-processing hundreds or thousands of large, high-resolution images, the workload on the hardware becomes similar to video production.  Importing large RAW images, while generating previews, applying digital processing such as filters or user-defined adjustments – then exporting these images while converting image formats is very similar in many respects to transcoding digital video.

Lets look at what hardware Adobe recommends to run Lightroom for their document Lightroom: Optimize Performance.  Adobe suggests that exceeding the minimum system requirements, especially with regards to RAM and a CPU, can yield significant performance benefits.  The requirements will vary depending on:

Per Adobe, “for best performance, up to six-cores,” which would indicate that performance scales well across multiple cores, and this inference is supported by benchmarks.

The Lightroom export, as well as the oft-used generate previews functions are very CPU intensive.  These are common tasks that cause the user to wait, and sometimes for a significant period of time.  More cores as well as faster clock-speeds help tremendously here.

As an example, according to a published benchmark, an 8-core 7th-gen 3.6 GHz processor scored 42% faster than a 6-core 8th-gen 3.7 GHz processor when exporting 100 images.

For most users, a quad-core is significantly better than a dual core, while a 6-core processor would provide the most value with regards to price vs. performance for more serious users.  Heavy professional users will see a benefit in choosing such options as the i9 in the iMac or MacBook Pro lines.  The most demanding of professional users will see a benefit choosing 10 or more cores (up to about 14) in iMac Pro and Mac Pro models.  More cores, even at lower clock-speeds, is better for the heavy Lightroom user.  For another example, a 3.1 GHz 14-core i9 scored 30% faster than a 3.3 GHz 10-core machine when exporting 100 images.

It should be noted that a few specific functions of Lightroom will benefit more from higher clock speed vs. the number of cores, such as HDR and panorama creation.  In general, however, the more cores, the better.

For serious Lightroom use, 16 GB or more of RAM is desirable.  According to Adobe, computers with more than 12 GB RAM will take advantage of new CPU and memory optimizations.  Although benchmarks and testing that users have reported online don’t show much if any performance difference when working with 16 GB vs. 32 GB or RAM, most creative designers who work with Lightroom will likely will be using Photoshop in conjunction, if not simultaneously with Lightroom. Many users may also choose to use certain plug-ins (which are quite often stand-alone sophisticated digital imaging apps that “hook-in” to Lightroom).  In these circumstances more than 16 GB RAM may be beneficial and wouldn’t be a bad recommendation.

While many functions of Lightroom are CPU intensive, some functions are particularly GPU intensive, and having a faster GPU will improve performance, or rendering speed, of those particular functions.  For example, the Enhance feature in Lightroom is purely GPU intensive.  In addition, the GPU speeds up the tasks of Adjusting images in the Develop Module, accelerates rendering of images in Photo Grid View, Square Grid View, and Filmstrip, and provides significant speed improvements on high-resolution displays, such as Retina displays, and 4K/5K monitors.

When working with large image libraries the fastest performance is obtained when the images, catalogue, and previews are stored on an internal SSD (or a fast USB-C/ThunderBolt 3 m.2 external SSD).  Storage of these items on an external drive can be convenient if you work with the same images on multiple computers, or want to augment the storage capacity on the Mac, however, externals will almost always offer less performance than the built-in SSD.  For example, common external SATA-type SSDs (the most common) provide read/write speeds of about 500 MB (1/2 GB) per second (large sequential reads/writes). Apple, for example, lists the read/write speeds of the built-in SSD storage of MacBook Pros at 3.2 GB/s and 2.2 GB/s respectively.  Only M.2/NVME type external ThunderBolt connected drives could offer performance approaching that – or perhaps an array of SATA SSDs in a RAID 0 or RAID 5 configuration.

Lightroom caches RAW images, previews, and stores a catalogue file on the drive.  This all takes additional space, often quite a bit of extra space on the drive in addition to the actual RAW image file library.  For example, users report setting the Camera Raw Cache to upwards of 50 GBs in size to optimize performance.  When considering internal capacity all this must be considered.  Adobe recommends that users make sure that the drive that stores the Lightroom catalog, previews, and image files doesn’t exceed 80% capacity.

Adobe recommends the Lightroom user take a “holistic” approach, that is consider all components intertwined when configuring hardware to obtain best performance.  It should generally be anticipated that Lightroom users will be working with large libraries of large RAW images, importing and exporting many images at a time, and applying image adjustments to many images simultaneously.  Large SSD storage options are desirable, and RAM should be 16 GB for most users, and as high as 32 GB -or more- for heavy users, especially those that may work simultaneously with Photoshop, which is quite common.  Fast multicore CPUs, that is greater than dual-core and even quad-core processors are desirable. Dedicated graphics cards can provide a performance advantage in certain circumstances, especially for heavy users.

Special thanks to Puget Systems for great work they publish about hardware recommendations.