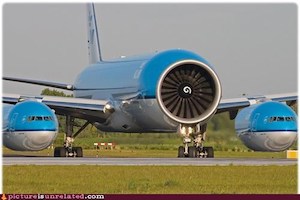 Adobe Photoshop is a pixel-level digital imaging editor, and is the industry standard in pixel-level (also called raster graphics) editing and digital art as a whole. This differs from Adobe Lightroom in that while Lightroom stores changes to an image as instructions in a database that leaves the original image file intact, Photoshop allows for the manipulation of an image at the pixel-level and and the edits are “destructive,” that is, the original pixels are altered on the original image itself. Photoshop’s approach allows for advanced editing capabilities that are not possible within Adobe Lightroom. Photoshop and Lightroom are different tools that excel in different areas of digital imaging, and therefor, many creative designers will use both applications as part of their digital imaging workflow.

When considering hardware requirements for the Photoshop, it’s helpful to understand what poor performance looks like in Photoshop. An improperly configured Photoshop workstation can cause:

Per the adobe document Optimizing Photoshop Performance Adobe advises to “use a fast processor,” and states that generally Photoshop runs faster with more processor cores, though some features take greater advantage of more processor cores than others. In addition, they state that diminishing returns can be expected with multiple processor cores. For example, Photoshop doesn’t run four times as fast on a computer with 16 cores vs. one one with 4 cores. Adobe indicates that more than 6 cores generally doesn’t justify the increased cost.It can be demonstrated that most functions of photoshop do not benefit greatly from more than 4 cores at any given clock speed. Some of the functions that showed little to no improvement beyond 2 to 4 cores are:

It should be noted that higher clock-speeds will benefit these functions, while there are remarkably diminishing returns beyond 4-cores. Quad-cores tends to increase performance between 25% and 50% over 2-cores.

Certain functions of Photoshop demonstrate more efficient use of multiple processor cores. Some of those functions are:

It should be noted that Photoshop supports a wide variety of third party add-ons. These add-ons can range from simple extensions to add panels to improve efficiency in a workflow, to demanding plug-ins that are full-featured stand- alone digital imaging applications that “hook-in” to photoshop, and some of these third-party apps may benefit from powerful high core-count processors. Many Photoshop users also use Adobe Lightroom, which itself has been shown to benefit greatly from high core-count processors in commonly-used functions.

Adobe advises that Photoshop uses RAM to process images, and if there is insufficient RAM, Photoshop will rely on hard disk space (also known as a scratch-disk) to make up the difference. Once a scratch-disk is utilized, efficiency decreases and performance and responsiveness may also decrease, as RAM is far faster than than even the fast SSD’s often built into today’s computers. Therefor, Photoshop is fastest when it can process all or most image information in RAM.

How much RAM is required for a particular user can often be determined by how large their PSD/PSB document files tend to be. Experienced Photoshop users should have a good understanding of the size of their average project files. If not, it’s helpful to have them take a look in the folder they store their Photoshop document files (or spotlight search for .PSD or .PSB) to find out.

In order to leave enough available RAM for the operating system and other applications running simultaneously with Photoshop, a good rule-of-thumb is 16 GB when working with Photoshop documents 750 MB or less, and 32 GB for documents between 750 MB – 2.0 GB, and 64 GB for even larger documents. Note that these recommendations are based on keeping efficiency (per the Efficiency Monitor tool) in Photoshop at or near 100% in all possible usage scenarios. Less RAM may still provide satisfactory performance, but efficiency may decrease on occasion.

Adobe advises that a compatible GPU (also called graphics processor or video card) provides better performance in Photoshop and allows use of more of it’s features.

Adobe has been recently increasing support for GPU acceleration, however, only a few features especially utilize the the GPU for increased performance. Onboard graphics (also referred to as “integrated graphics”) will run Photoshop just fine, but some GPU enabled tools can run twice as fast with a “dedicated” GPU, like AMD Radeon Pro or Vega graphics. When selecting a system based on GPU, or selecting a GPU option, it’s important to consider other digital imaging applications the user may run. For example, Lightroom, an application frequently used with Photoshop, does benefit greatly from fast GPUs with more video memory.

In an average of all GPU-specific benchmarks for Photoshop, an AMD Radeon Pro Vega 64 scored only 25% faster overall than an Intel Iris Graphics 630 GPU. Three categories of features within Photoshop especially utilize the GPU for acceleration. Those features are:

Generally speaking, however, a midrange dedicated GPU like a Radeon Pro 560 will perform within a few percentage points of the fastest GPUs available.

Ideally the GPU should have enough video memory available to accommodate the size of the user’s PSD/PSB files. Integrated GPUs usually provide up to 1.5 GB of shared video RAM, and dedicated GPUs generally provide at least 2 GB of dedicated video RAM.

Adobe recommends that users use a “large, fast hard disk,” as Photoshop reads and writes image information to disk when the system doesn’t have enough RAM to contain all of it. This “hard disk” utilization is termed “scratch-disk.” Efficiency drops when Photoshop uses a disk drive in this manner, which is why it’s advisable to have plenty of RAM in a photoshop workstation to avoid this when possible. If a scratch-disk must be utilized, the drive should be as fast as possible, and large enough to accommodate the space allocated on the drive by Photoshop. It is not unheard of for Photoshop to allocate 100 GB or more of disk space to be utilized as a scatch-disk when working with large documents, so when selecting the storage capacity in a new workstation, this should be accounted for.

External storage is often utilized for image libraries and scratch-disk usage, but the user will likely experience a noticeable decrease in performance relative to an internal SSD. The benefit of external storage is image library “portability” between machines, and generally somewhat lower cost (per GB). If an external drive must be utilized for scratch disk or image library storage, it’s highly recommended that an external SSD drive be used. Although external SSDs are fast when compared to external mechanical (7,200 or 5,400 RPM) hard drives, they are usually slower than a modern computer’s internal SSD. USC-C or Thunderbolt interfaced m.2 type drives, or Multi-disk SATA SSD USB-C or ThunderBolt RAID arrays would provide better performance than more commonly available USB 3.0-type external SATA SSDs.

For maximum efficiency when working with large Photoshop documents, 16 GB – 32 GB of RAM should be configured, depending on the typical size of the documents, and other imaging applications used alongside Photoshop. Large capacity internal SSD storage, likely 512 GB or greater, and fast quad-core or 6-core processors are desirable. GPU performance isn’t critical, but if certain tools that especially benefit from GPU speed are often utilized, a mid-range GPU may be desirable. Of course, other applications commonly used alongside Photoshop, such as Lightroom, may have specific requirements that should be addressed when configuring a creative workstation.

Some of the sources used as references for the creation of this article include:

Some info on layers related to PSD file size:

How does Photoshop leverage the graphics processor?

What are extensions, plug-ins, and add-ons?